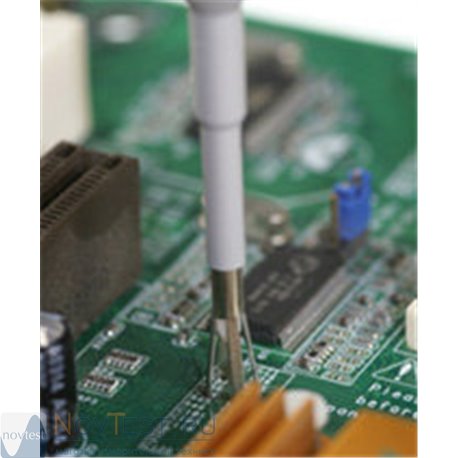 The N2885A PCB adapter kit is designed to solder into a printed circuit board (PCB) as test points to minimize ground inductance and maximize signal fidelity. The recommended layout is shown in the user’s manual that accompanied the N2870A Series passive probes (Keysight literature number: N2876-97000).

The PCB socket is compatible with hand soldering and reflow processes. After soldering the socket - both the signal contact and ground contact - to the board, simply insert the probe. The PCB adapter is compatible with either rigid or spring-loaded probe tip of the N2870A Series passive probe.