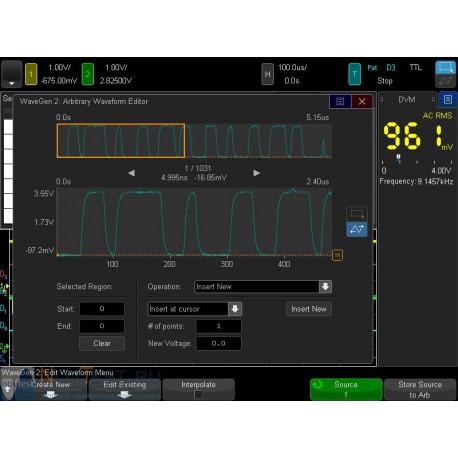 You can use the built-in waveform editor to create custom waveforms. It is also possible to capture a known good or golden waveform on a scope channel and automatically save it as an arbitrary waveform for re-generation. Rethink how you test your designs by using real-world signals to test your margins to the breaking point.

This WaveGen option works with all InfiniiVision 6000 X-Series 2- and 4-channel DSO and MSO models.