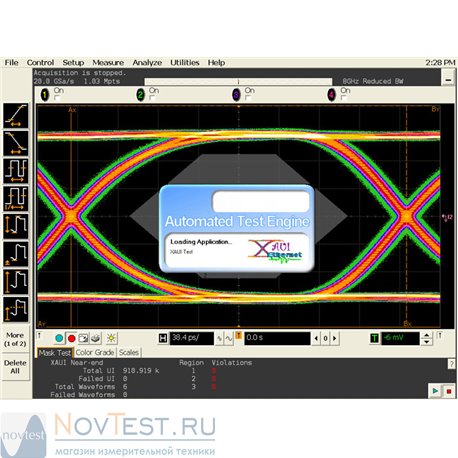 If you are designing XAUI devices, you may face challenges trying to perform design and validation tasks at the same time. The Keysight Technologies N5431A XAUI electrical validation application will help you improve your efficiency by providing fast and accurate XAUI validation. The N5431A software, which runs on Keysight 80000 and 90000 Series Infiniium oscilloscopes and digital signal analyzers, helps you confirm that your devices conform to the XAUI specifications as defined by the IEEE 802.3-2005 10-gigabit Ethernet specification. The superior signal integrity and probing provided by the Infiniium Series oscilloscopes and digital signal analyzers give you confidence that your designs will meet the specifications. The application also provides support for the XAUI-derived 10GBASE-CX4 specification. Additionally, the application allows you to test to various other XAUI derived standards, such as CPRI, OBSAI RP3, 10-Gigabit Fibre Channel XAUI, and Serial Rapid IO.